Tholey was first mentioned in writing in 634 AD, but was already an important centre in Roman times. Two important Roman roads crossed in Wareswald, where excavations are currently taking place: the road from Metz to Mainz and the road from Trier to Strasbourg. The Cultural development in Tholey was also significantly influenced by the Benedictines. The Benedictine abbey "St. Mauritius" was built in the time between 720 and 850 AD, making it the oldest monastery on German soil. The early Gothic abbey church dates back to the 13th century.

There are many cultural sights to visit in the municipality of Tholey such as the Johann Adams Mill, the Hofgut Imsbach Estate, the "Theulegium" Museum or the museum of local history in Neipel.

The municipality of Tholey is dominated by the 569-metre-high Mount Schaumberg, which is dedicated to Franco-German friendship. The varied landscape in the municipality is a true Eldorado for all hikers and cyclists. The 2.8 km long "Herzweg", which leads around Mount Schaumberg at a height of 500 metres (barrier-free), represents just one example. On the Schaumberg Tafeltour premium hiking trail you can combine hiking and culinary delights, a scenic route and a gastronomic experience are equally  offered by the premium hiking trail “Tafeltour Offizierspfad Imsbach”.

The "Schaumberg Erlebnisbad" water park, which is equipped with a giant slide, a lazy river, a whirlpool and a Roman-style sauna landscape and offers fun and adventure for the young and old alike.

Near Tholey, an important Gallo-Roman settlement was established in the 1st. century AD at the intersection of the two important Roman roads from Metz to Mainz and from Trier to Strasbourg. The settlement at the foot of Mount Schaumberg was approximately one kilometre long. The economic crisis, which began in the 3rd century and lasted for a long time, as well as plundering campaigns by...

The Africa Chapel, which belongs to Tholey Abbey, has been located on the north side of Mount Schaumberg, above Herzweg, since 1958. This memorial to veterans who fought in Africa in the Second World War has a heptagonal floor plan reminiscent of a crown of thorns and is intended to represent the Seven Sorrows of Mary. Particularly noteworthy is the pietà sculpture (an image of the...

Blasius Chapel in Bergweiler was first mentioned in a document among the possessions of Tholey Monastery in 1246. The main day of pilgrimage was the annual St. Mark’s day, on which a procession took place from Tholey to the chapel followed by a market. Inside, the chapel has three baroque altars in white, blue and gold. The figure of Saint Blasius is depicted on the high altar, with Saint...

The history of the settlement in Imsbach dates back to the Bronze and Iron Ages. It was first mentioned in writing in 1310. After the French Revolution, the estate passed naturally and politically into the ownership of the Oldenburg Principality of Birkenfeld in 1817. From that point onwards, Imsbach belonged to the municipal district of Selbach in the municipality of Nohfelden.

Monastery garden of the Benedictine Abbey of St. Mauritius Tholey

Baroque monastery garden with tea house, apiary and various greenhouses. Honey is offered for sale in the visitor centre. A Baroque fountain, which is framed by sculptures of the four evangelists, completes the garden.

At a height of 569 m, Mount Schaumberg is the 'local mountain' in Saarland, and a popular destination for sports enthusiasts and those looking to relax. Schaumberg Tower, the striking 37.5 m high observation tower, is dedicated to Franco-German friendship. A panoramic lift takes guests to the viewing platform, which is also designed to be barrier free. The tower provides a wonderful view...

Located between Tholey, Lebach and Wadern, the Neipel Museum of Local History has been showing cultural-historic exhibits from the heart of Saarland since 1997. Visitors can expect a wide range of exhibitions on geology, archaeology, handicrafts, beekeeping, agriculture and authentic living spaces, explained by the museum team of volunteers. The museum is located in a farmhouse built in...

The Benedictine Abbey of St. Mauritius is the oldest still existing monastery on German soil. Monks have been living at the foot of Mount Schaumberg since 634 and today, around a dozen Benedictine monks still keep the abbey alive. Ora et labora determine the daily rhythm in the monastery. Visitors are also always welcome to pray together with the monks.

The baroque monastery garden, which...

The Johann Adams Mill in Tholey

The Johann Adams Mill is one of the last remaining mill estates in Saarland and is idyllically situated in a meadow valley near Theley. It was first mentioned in writing in 1589. The current mill building dates back to 1735. At that time, the region was divided into the Duchy of Lorraine and Kurtrier. Two miller families, who lived together in the mill, took turns to work in milling room...

The main exhibition pieces are important exhibits from prehistory and early history that were found at the Roman excavation site at Wareswald and around Mount Schaumberg. The museum also documents the development and history of Tholey Abbey and the administrative centre of Schaumburg. Geological features and fossils, iron ores and semi-precious stones from the region complete the... 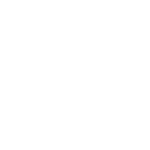 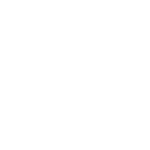